This site uses cookies to provide and improve your shopping experience. If you want to benefit from this improved service, please opt-in.
More Info
Save Preferences
Free delivery on all orders over £75
Jilla | The BlogActivewearOm Yoga Show 2017
Menu
Activewear, All, Stretch, Sweat and Glow, Team Jilla

Last month we attended the Om Yoga show 2017 in London! Read on to find out how we got on and to learn more about the show…

From the 20th – 22nd October, 30,000 yogis packed their yoga mats and headed to the Alexandra Palace for the 2017 Om Yoga show, which is now in it’s twelfth year! As with every Om Yoga show, there were plenty of things on offer, from free yoga sessions to vegan food stalls and over 100 exhibitors (including Jilla!). It was such a beautiful venue to exhibit in, and a pleasure to meet so many lovely customers (both new & returning).

Where: The Alexandra Palace 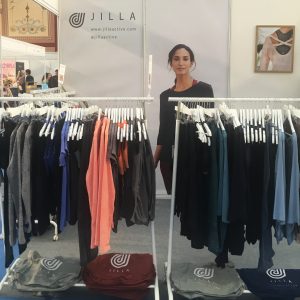 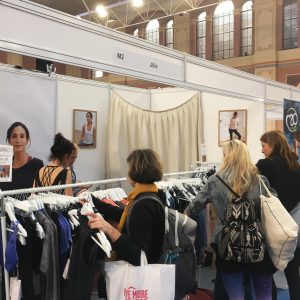 Whilst there we teamed up with fellow exhibitors Scentered, who sell a range of 100% natural aromatherapy products, and were able to offer someone the chance to win an amazing prize of Jilla’s Blissful Bamboo Top & Scentered‘s Ultimate Survival Kit! It was lovely getting to know the brand and a great way to introduce people to other products we knew they would love.

We had such a fun (and busy!) weekend, thank you so much to everybody who came and paid us a visit. We hope to see you at the next show! 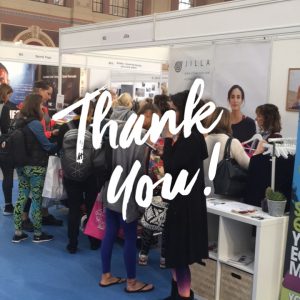